NEIPA – the star of the craft beer scene

Enjoy the advantages reserved to a community of beer lovers

Discover the Maîtres Buveurs program and the benefits awaiting its members.

New England IPA, Northeast IPA, Hazy IPA. Whatever the name, NEIPA has been the biggest trend on the craft beer market for some years now.

It was inspired by American IPA, which is known for its amber colour, citrus and piney aromas, and very bitter finish. So how did it evolve into a beer that looks like orange juice, with tropical fruit aromas and a silky texture?

American IPA is the standard bearer of the craft beer movement, which began in the 1980s. Creators of this style made optimal use of new cultivars taken from American hops, such as Cascade and Simcoe, with unheard-of aromas like citrus, pine and resin. This brew reigned supreme for more than 20 years, until it was “dethroned” by a new style.

The birth of NEIPA can be traced to Heady Topper, first created at The Alchemist, in Vermont, in 2004. John Kimmich, the brewer, wanted to develop an IPA in his own unique way. Unlike the increasingly bitter IPAs of the time, he sought to bring out the aromatic aspect of the hops. So Kimmich brewed an IPA differently. He used the same hops as those in American IPA, but instead of adding them once the boiling starts — which brings out the bitterness — he put almost all of them in as the boiling ended and during fermentation. This technique, coupled with chloride-rich water and protein grain, made Heady Topper a fruitier, silky, less bitter IPA.

People were surprised by the orangey, very hazy colour of this newly launched beer. Heady Topper became a success in 2014, when the company started selling it in cans. Beer lovers and brewers alike travelled all the way to Vermont to get their hands on this new “fave.”

Hill Farmstead, a young brewery also based in Vermont, was becoming all the rage among beer lovers at this time. Brewer Shaun Hill drew inspiration from Kimmich’s techniques for developing an IPA, which he himself characterized as “juicy.” He used new cultivars of American hops with an aromatic profile reminiscent of tropical fruits, such as Citra hops.

New breweries in the northeastern United States quickly followed this lead, and new cultivars from the U.S. and New Zealand, with fruity, tropical, exotic aromas, were the driving force behind this new style of IPA. Breweries such as the Massachusetts-based Tree House and Trillium took the concept even further and made it their specialty. This marked the zenith of this hazy, silky, juicy beer: NEIPA.

Quebec, their neighbour to the north, was also part of the movement. Our beer lovers and brewers crossed the border in the mid-2010s to check out this new trend. A number of breweries tried to create their own versions, but this IPA style only became more accessible with the 2017 launch of Boréale’s IPA du Nord-Est. This was roughly when Quebec breweries opened their doors, specializing in NEIPA.

Almost every brewery has its own version of New England IPA today. No surprise there, since practiced beer lovers seek out its explosive aroma, while newbies like the accessibility of this fruity-tasting beer. 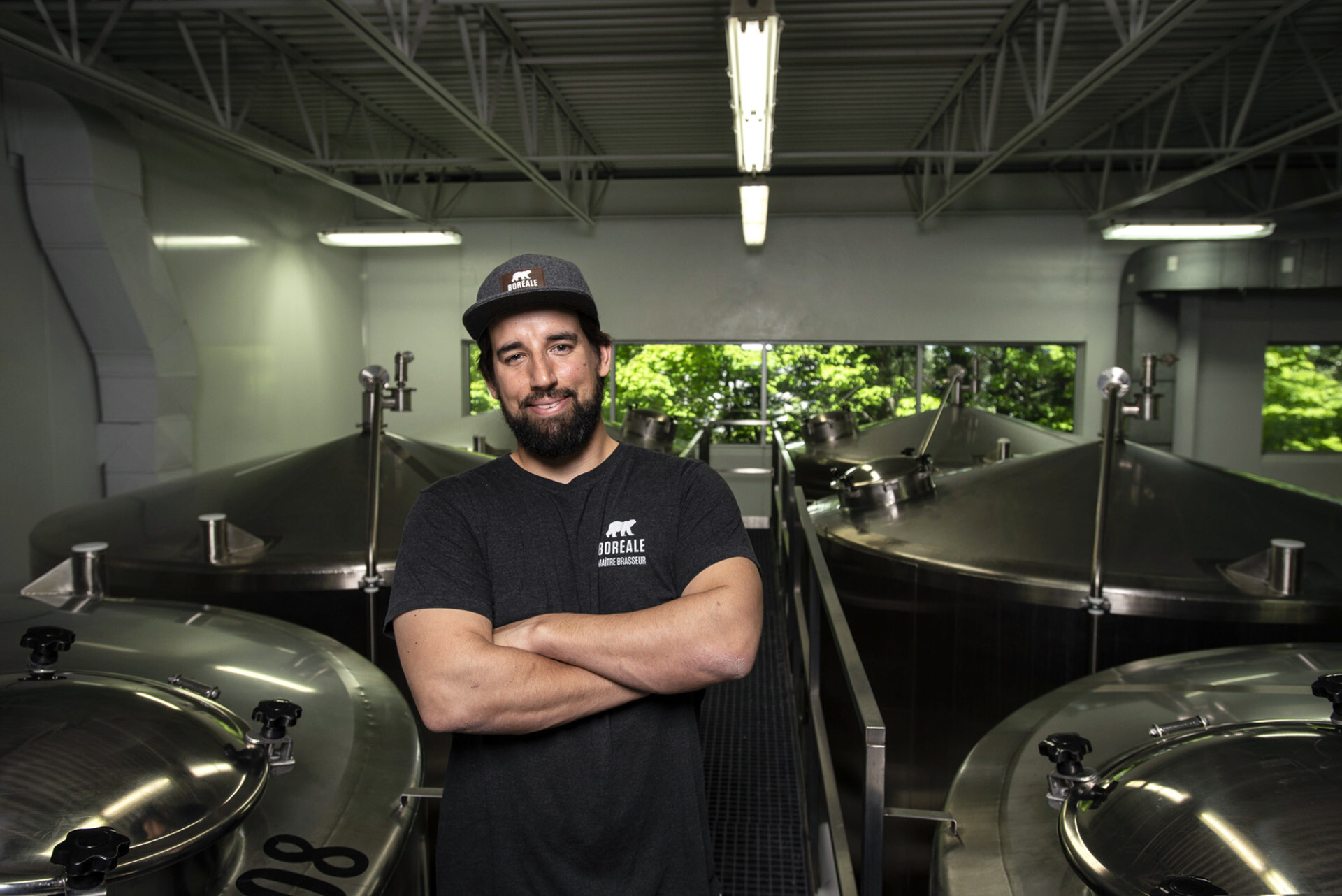 GABRIEL DULONG BLENDS HIS PASSIONS INTO A CAREER